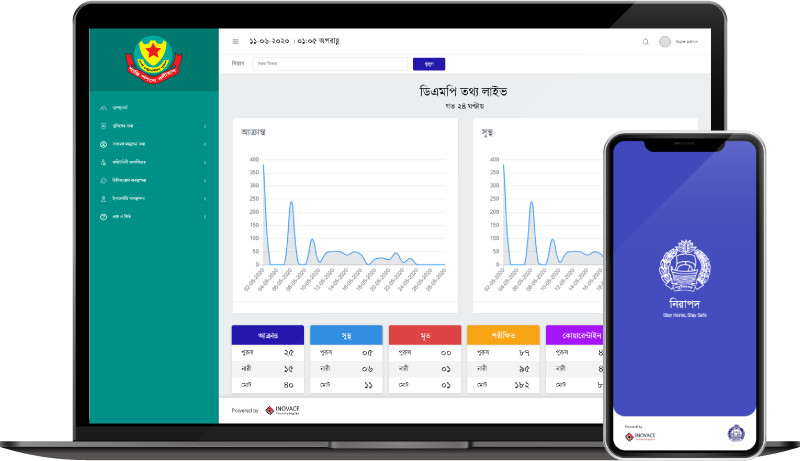 At the beginning of the Corona pandemic, the whole world stopped, Bangladesh was no exception. Daily life came to halt. Educational institutes, offices, businesses were kept off. There was a parade of death all over the globe. Everyone was perplexed not knowing what to do. The country was in lockdown. Everyone was held inside their home except emergency service providers. Being held inside home some people thought of doing something which will somehow help someone. The Inovace team was no exception, we thought of making something which will help the frontline warriors. And Then we came up with Nirapod, Geo Location Based Quarantine Monitoring System

The system was developed mainly for aiding law enforcement agencies to ensure monitoring of quarantined citizens. At first the idea behind Nirapod was to monitor quarantined peoples but later a more generalized version of Nirapod was launched with various features. Till last update,we added useful features to Nirapod app  like Daily corona updates with graphical views, Plasma donation database for both donors and seekers, Corona infected contact tracing, Govt initiative and instructions, Govt hotlines (emergency calling), Useful information regarding health and safety 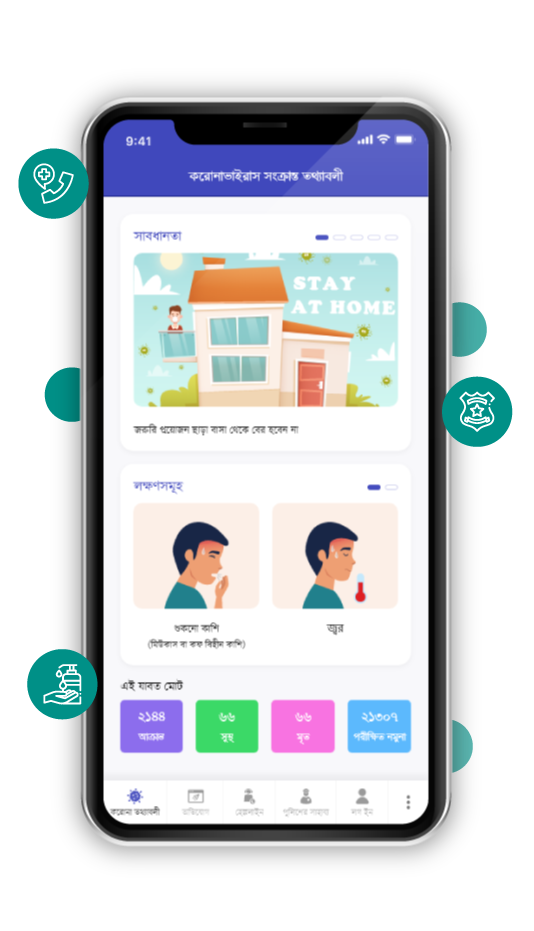 Till today more than 5000 general corona infected patients and more than 1000 corona infected policemen were enlisted and benefited by nirapod. It widely helped the law enforcement agencies to ensure proper monitoring of the quarantined citizens.

An online hackathon named Call For Nation was organized During Corona Pandemic by ICT Division of Bangladesh. Inovace Technologies took part in that competition with their most recent product Nirapod. And it’s a matter of  pride that Nirapod became the Champion in the Access to Information category.

Our goal was to stand beside our gpvt. and law enforcement agencies to help with tackling the pandemic situation in order to ensure public welfare. Gradually we added more services related to the ongoing situation. In future we are planning to add more services like contact tracing management, community volunteering, relief distribution management etc so that in future in any crisis situation, the system could be used more efficiently & effectively.

The motivation behind Nirapod was not to introduce a mere business solution, but to truly respond to the call for nation. 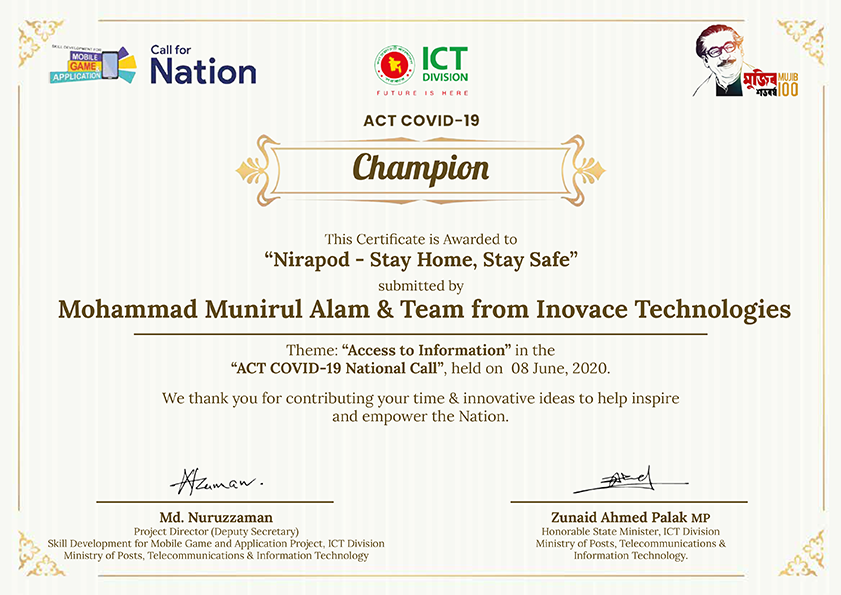 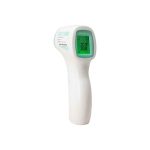 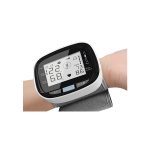 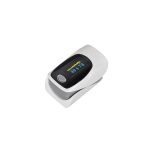 IoT for Bangladesh What IoT offers in Bangladesh? A few years back, a team of young engineers from BUET were ...

Proudly pioneering made in Bangladesh technology for a better & smarter tomorrow.